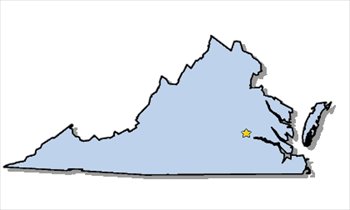 As a former legislator and gubernatorial candidate, it’s fair to say that Wyatt Durrette has a good inside knowledge of Virginia politics and their effect on how voting districts are drawn. As chairman of the bipartisan Citizens Constitutional Amendment Drafting Committee, he challenged “the abuse of redistricting power by both parties” in a Richmond Times Dispatch op-ed essay.

Paraphrasing James Madison, the fourth U.S. President and a principal drafter of the Constitution, who himself was a near-victim of Patrick Henry’s gerrymandering in Virginia’s first congressional election, Durrette writes:

Thanks to 21st Century technology, Durrette writes, gerrymandering “has been put on steroids.” Computerized map making tools, partisan filters and data from previous elections let “politicians in charge of redistricting…manipulate boundaries in ways that eliminate competition and effectively deprive voters of any meaningful power at the polls,” he warns.

The committee Durrette chairs “includes former Republican and Democratic legislators, policy experts, and experts in election law and constitutional law…all committed to the proposition that seats in the House of Delegates, the Virginia Senate and the U.S. Congress belong to the people of Virginia, not to any political party.”

A shifting balance of power in the House of Delegates, an uncertain 2019 election in which all seats in the General Assembly will be on the ballot, and Virginia’s two-year constitutional amendment process all combine to make this year the time to act, Durrette writes. His committee is working to report its amendment recommendation in November, for presentation to the January, 2019, General Assembly session.