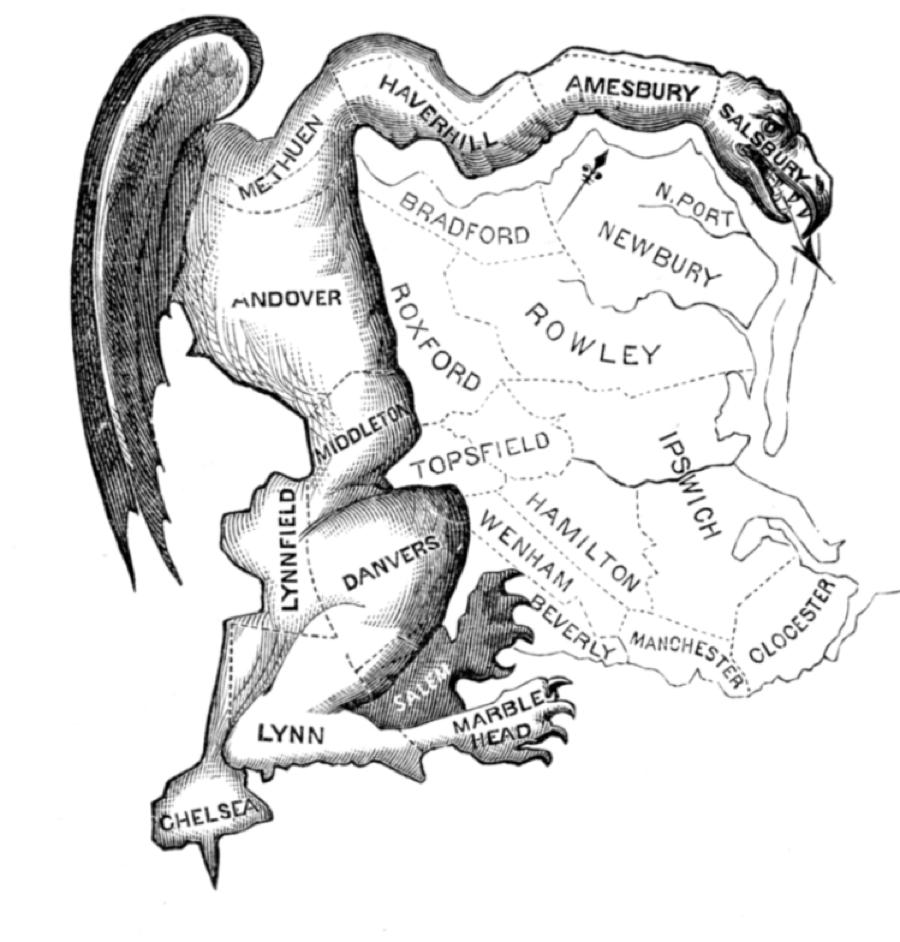 The Latest Skirmish in a 206-year-old Battle Against Gerrymandering
Monday, May 14, 2018

A little over two centuries ago, in 1812, Massachusetts governor Elbridge Gerry signed a law creating a state senate district shaped to favor Democratic-Republican candidates over Federalist opponents. A Boston Gazette political cartoon depicted the oddly shaped district as a salamander, calling it a gerrymander in the governor’s “honor.”

This year, a legal challenge to what nonpartisan organization OneVirginia2021 claims are 11 oddly shaped legislative districts – six in the Virginia Senate and five in the House of Delegates – reached its final round before the commonwealth’s Supreme Court.

Ironically, the attorney leading this challenge to the Republican-majority General Assembly is a former Republican nominee for governor, DAGG partner Wyatt B. Durette, Jr.

According to its website, OneVirginia2021 first filed suit in 2015,

ask[ing] the court to compel the General Assembly to give priority to Constitutional requirements – especially compactness – over such political criteria as voters’ previous partisan preferences or whether new district boundaries will give the incumbent a custom-cut advantage. Article II, Section 6 of the Virginia Constitution commands: “Every election district shall be composed of contiguous and compact territory.”

A Henrico House district, which elected Democrat Schuyler VanValkenburg [in 2017] after a decade of Republican representation, was described at trial as resembling a toilet bowl. In the Roanoke area, the Senate district of Republican David Sutterman splatters east toward Lynchburg and west to the West Virginia line.

This is the second time the case has gone up and down through the court system. Last year, after the state Supreme Court remanded the case for further proceedings,

Richmond Circuit Court Judge W. Reilly Marchant ruled on March 31 that the 11 districts…were constitutional. In his ruling, however, Judge Marchant supported the use of newly developed measurements to determine whether priority was accorded the constitutional mandate of compactness in drawing election districts…

Hence the appeal to the state Supreme Court, which was heard March 1, 2018.

Two important constitutional questions are also implicit in the appeal: Do the state constitution’s standards for redistricting restrict the General Assembly’s district-drawing prerogative? And how much power do the courts have over a legislature with the constitutional power to hire and fire judges?

In other words, the final outcome could affect more than just the 11 districts and those around them.